Danya's Xmas present to me was tickets to go see X, Meat Puppets, and Mike Watt. The concert was last night (Dec 22, 2017) at The Observatory in North Park, San Diego.

Mike Watt opened with a three piece band (bass, keyboard, and drums) that made more noise than the Chinese Army. Holy Crap they were loud! Every thump on the bass or beat on the drum was a Carli Lloyd sized kick in the chest. The keyboards were wired straight into my cerebellum. I thought how cool is this - same instruments as The Doors but they sure didn't sound like this. Old fashioned punk turned up to 11. And it was a sign of things yet to come when X dedicated a song to Ray 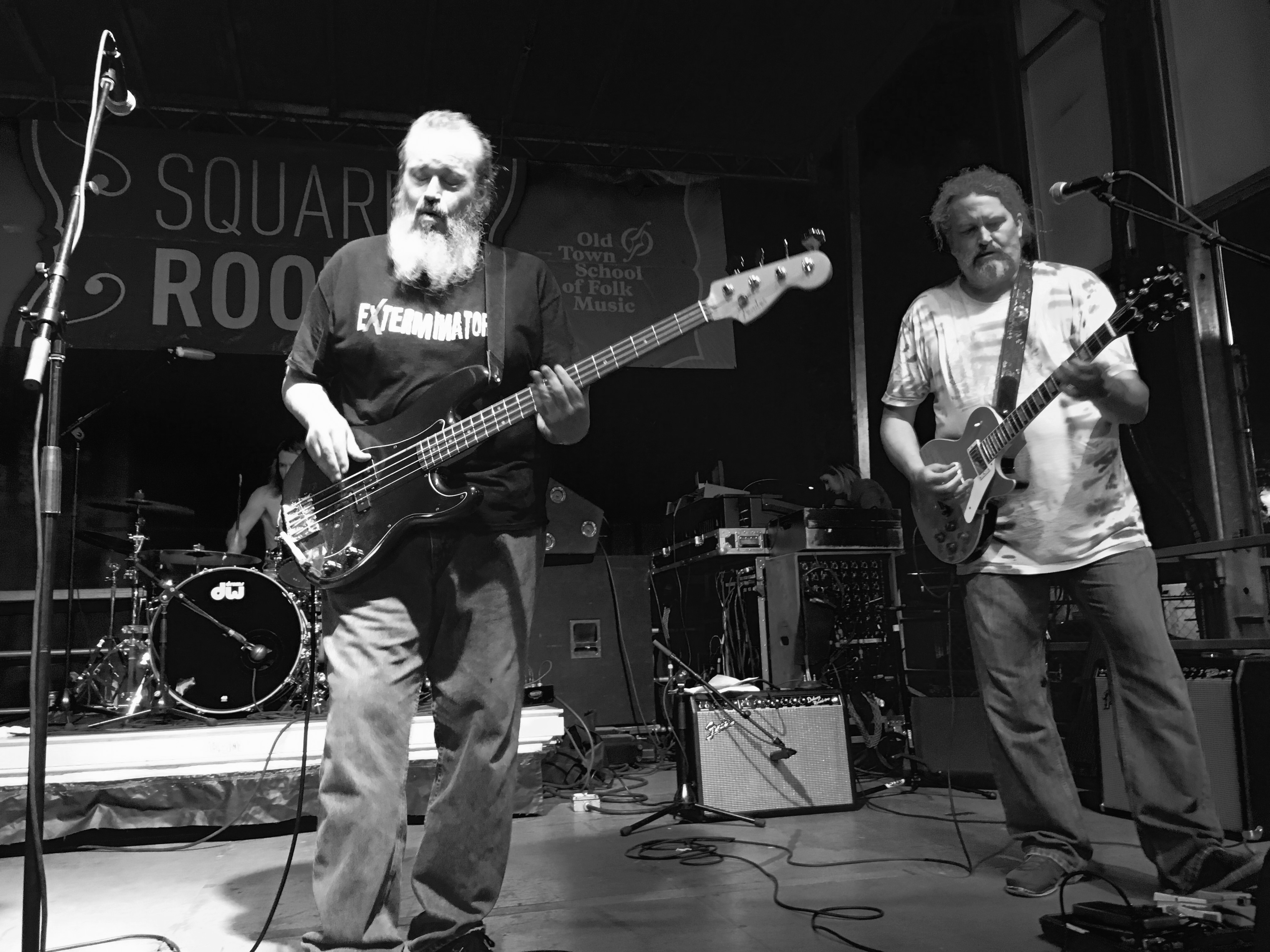 Next up was Meat Puppets and they killed it. If you aren't knowing The Meat Puppets go get Up On The Sun in your ears (Spotify). They added a couple puppets for the show and the band sounded tight. Last time I saw them was about 25 years ago in a little night club (Winter's on El Cajon Boulevard - now a mortuary, across the street from The Living Room) with a stage that couldn't have been more than 100 square feet. That show they played Maiden's Milk but no such luck last night. They did play Sam, which is a hoot. Hell, all the songs were a hoot! So much fun! They also did a killer "Lake of Fire", which you may know from Nirvana's VH1 Unplugged cover.

Last up was X. We've seen them a couple of times but last night was head and shoulders the best we've ever seen them. I thought I knew every song in their book but they had one or two that were new to me, and they changed up the tempo on a couple of songs which was fun.

About a third of the way through the show they brought in a fifth X to play guitar and Billy alternated between lead guitar and saxophone and then the 5X took over drums so DJ could play the vibes (xylophone). That put a new twist on the classics.

Then they stomped their collective foot on the accelerator and absolutely jammed through a bunch of their early rockers: Los Angeles, Johnny Hit And Run Pauline, Nausea, ... They killed it - so much fun!

Bonus - there was a mosh pit going on. The average age of the audience was probably around 50 but by god their was a mosh pit. I stayed out, no good could come from being in there...

Mission Statement Teams often struggle with creating a Mission Statement. Too much over-think it, analysing every word and trying to cover every corner case. It shouldn't be that difficult. As I went from

All The Good Blogs Are Taken.
—
Xmas
Share this